Working president of the Sharad Yadav group, Gujarat’s MLA Chhotabhai Vasawa raised this issue before the back of caretaker Chief Justice Geeta Mittal and Justice C. Harishankar, demanding immediate hearings on the matter in view of the Gujarat assembly elections.

Lawyer Nizam Pasha told the bench that the order of the Election Commission on November 17 should be dismissed, because there was a serious mistake in taking a decision on JDU’s official symbol. After a brief hearing, bench was ready for immediate action.

Favoring Nitish Kumar’s group, lawyer Gopal Singh opposed the petition. He said that the Election Commission has heard the matter on various occasions and gave proper orders. After the decision to combine the BJP in July, Kumar and Yadav were separated, and a war broke out in both the parties regarding dominance of the party.

The Election Commission had said in its order that Nitish Kumar led faction has great support in the assembly and the National Council of the party, which is a JDU’s top organizational body. 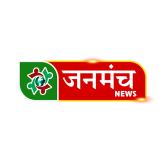