Mumbai- Versatility among-st characters might not be a want for all but is the need of the hour for every actor and performer. Pankaj Avadhesh Shukla who might not be a household name yet but has the potential of being one is one such fine artist who with his different and versatile characters have made a mark and remark for all possible critics out there.

Pankaj plays the negative lead in the upcoming ‘Hansa-Ek Sanyog’ where his character defies the definition of a real man. “We live in a society where boys are made to grow up in a certain surrounding with particular notions to be inculcated. But that is not someone who’s a real man. A real man is one who stands for what’s right and against what’s unacceptable.” exclaimed Pankaj on his character in ‘Hansa-Ek Sanyog’.

Pankaj, although born in Ayodhya, has been brought up at various parts of the country due to his father’s different postings which give him the benefit of having a better understanding of people from particular regions. He has done graduation in Ayurveda Science and then Masters in Human Consciousness and Psychology after which he did his MBA in Marketing from IIM Calcutta. After pursuing such enduring yet tough educative courses Pankaj found his real peace in acting.

“I believe that our life is too short to waste in living only one character. With films, I can portray a different character and have a chance at living it. Every character that I portray in reel life gives me something in my real life to learn to which helps me become a better person in itself. Portraying negative characters made me realize that no one is a bad person, not even a negative character, it’s just the circumstances around it that lead them to be uni deal or unacceptable among-st the society.”

Pankaj heaped a lot of praise recently for his performance in a short film ‘Jihaad-E-Nafz’ where he portrayed the character of a Muslim organization leader influencing young kids to suicide bombings and did it with sheer determination and full justification.

The movie got selected for Cannes Film Festival and was also a nominee for Dada Saheb Phalke award. He’s also going to be seen next alongside Preeti Jhangiani in Birendra Paswan’s ‘Wajood’ which is a woman-oriented movie and gives out a strong message against communalism.

“I prefer characters that are relatable among-st the audience, someone who the audience think is just like someone they know. Or else a character which sends out an overwhelming message to the society. I believe through cinema and my characters the least I can do is to hope for bringing a change in the society and it’s a privilege for me if I can change even 1 person’s mentality and lead them to a better life.”

Pankaj has ‘Hansa-Ek Sanyog’ releasing on the 3rd of May with ‘Wajood’ and another movie with a prominent Bollywood face(name to be revealed yet) leading from the front. Pankaj Avadhesh Shukla is a prodigy that offers experiences and performances which are surely mesmerizing and has a long and definite path in front of him. 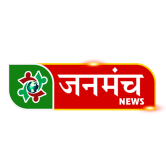